Sally Jackson was born and raised in South Otago, far removed from New Zealand’s plethora of thermal activity. It was during a brief stint as an economic statistician in Christchurch that she began exploring the hot springs of the South Island, but it was on an extended cycle-touring trip around the North Island that she developed a full-blown addiction to soaking in hot water!

Since then, Sally has been busy making up for lost time, having visited the vast majority of New Zealand’s hot springs. She has pursued her passion for thermal bathing in other parts of the world including North America, Fiji, Italy, Japan, Turkey and the Libyan Desert.

In 2013 she co-authored with Evie Litton ‘Hiking Hot Springs in the Pacific Northwest’ which covers 164 non-commercial hot springs in North America.

https://blog.doc.govt.nz/2015/04/24/hut-ranger-tongaririo-circuit/ to read about Sally's work at the Department of Conservation. 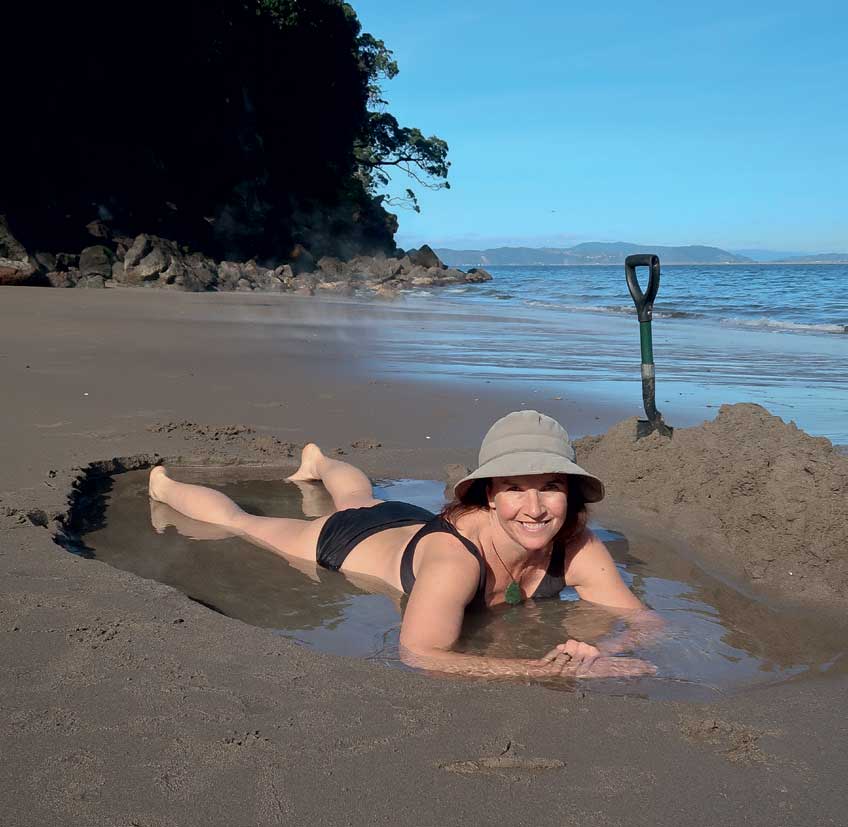